When things get like this. I don’t want to even come near my blog.

What things, you ask?

Well, big things, like taking assault weapons out of the Democrat’s gun safety bill. This makes me despair for our country. Everyone is being held hostage to a single lobbying group’s crazed paranoia. The leadership of the NRA is certifiably insane and should not be allowed to have guns, except that in this country, of course crazy people are allowed to have guns. That’s what happens when you don’t control access to guns. Crazy people get their hands on them.

(WASHINGTON) — An assault weapons ban won’t be in the gun-control legislation that Democrats bring to the Senate floor next month, a decision that means the ban’s chances of survival now are all but hopeless.

And the media’s reaction to the Steubenville rape case. This one makes me despair and weep.
From Slate:

“The Steubenville Rapists are not tragic heroes.”

No, they are not, but you couldn’t tell that by the media reaction. I have yet to hear a mea culpa from the newscasters either, who should all be ashamed of themselves. Not just the broadcasting companies. The newscasters themselves.

I can’t even write any more about these two topics because I’ll either cry or scream obscenities, or both, and I’ve being doing enough of that already (see below).

On a personal level, we’re knee deep in college applications for my youngest son. And when I say everything that could go wrong did, it is not an exaggeration. Okay, a little bit of an exaggeration. Like, the house didn’t catch on fire. And nobody died. But other than that, yeah. It has been a constant cluster of amazing proportions. And if you have teens coming up on this, let me give you a hint: Even though you are probably a normal parent who does not hover over your child’s every move, even though you laugh at the whole concept of helicopter parenting, now is the time to micromanage the hell out of everything, double and triple check the work, and start making phone calls in 12 hours (okay, eight hours) if you haven’t heard back from the school.

Because if I had done that I would have pissed off every admissions office at the schools where my son applied but we sure as shit wouldn’t be in this situation right now.

I have so much stuff to do that I can’t even enjoy the fact that I finished the first draft of Bandit Girls. That’s right. Done. But did I celebrate? I sent out a single tweet and that’s it. Usually writing The End is one of the most fulfilling parts of writing a novel. But no. Right now, writing is taking a back seat to real life.

I know that my son will get into college, and I know it will all work out.

I don’t know if my country is entering into a spiral of dysfunction so deep that we are living in the decline of the American era. Everything we have always prided ourselves on has been overturned. We torture. We send unmanned drones to assassinate enemies in other countries, and we just might start doing that within our borders. We have a shrinking middle class and a growing oligarchy to rival that of Putin’s Russia.

So. Yeah. Maybe now you get why the blog has been silent for a while. 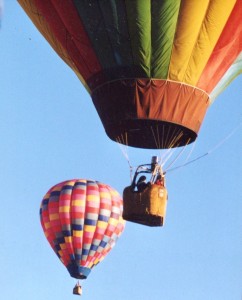 After all that doom and despair, I just need to look at something pretty.

Yeah. If it’s any comfort, this country, the UK that I love and belong to, is also in a downward spiral of horrifying proportions. A government that increasingly and shamelessly panders to its rich friends while whipping up hatred of our society’s most vulnerable groups. Look, look, it’s all the fault of the poor, the disabled, the unemployed – they’re the ones driving this country into a sinkhole, not us and the people whose boards we’ll be on at fat salaries if you lot ever have the sense to vote us out! No, no!
I love the UK and don’t want to leave, but I am deeply ashamed of my country’s government.

It’s not a comfort, exactly, but I understand where you are coming from. If given the chance, people — and governments — are better than this. Yet everything now is all going to the lowest level possible. There’s no compassion or common sense.

First: CONGRATULATIONS on finishing the novel. That is great news, and I can’t wait to read it! I hope you get a break and can properly celebrate.

Second: I’m sorry to hear about the college issue. Luckily, there are colleges still taking applications and lots of roads into a successful future for your son. He might be on a detour right now and not on the road he intended and wanted to be on, but that doesn’t mean he won’t arrive at his chosen destination. Good luck helping him to get there!

Thank you! I appreciate that. And you are right — we often think that a detour is a roadblock when it isn’t. It’s just a different path.

Perspective is lovely — thank you.

Well, feel free to rain perspective on me next year as my oldest goes through this process. Happily, it looks like there are lots of good choices out there.

Oh no no — I will only commiserate with you as you go through the process! It’s a time that is fraught with well, fraughtness. Good luck to your oldest. We’ll catch up at WorldCon about all things high school and college admissions.

This site uses Akismet to reduce spam. Learn how your comment data is processed.

Okay, I have decided. What impossible goals have I set myself for 2019 I’m going to write a story a week, besides working on the novel. Yes, it’s insane, but I’ve been meaning to do Read more…